"Many of his people were killed. We lost nobody. Think of that. It’s incredible..."

(LZ410)-- In every story there is a plot, part of the plot is the climax. Leading up to that high point in the story are several complications that may or may not indicate where and when the ending will take place. Today marks the climax of one of the longest running stories in America's fight against terrorism, the ISIS terrorist leader al-Baghdadi has been liquidated. 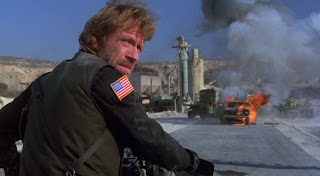 Our story began several weeks ago when Turkey announced it would commence Operation Peace Spring into northern Syria with the intention of pushing back Kurdish forces from the border and thereby setting up a "Safe Zone." Little did anyone suspect this would be the first sequence that the ISIS leader would consider a safe haven for himself. Concurrent was the United States' announcement that all of its forces would withdraw from the war torn country. Al-Baghdadi by then was dancing in the tunnel;
"The Pentagon said Monday it does not endorse a Turkish operation in northern Syria, and that U.S. troops would not support or be involved in such an operation, reported by Shawn Snow in the Military Times on October 7;
The statement from the Pentagon follows Sunday’s White House announcement that U.S. troops would withdraw from northeastern Syrian ahead of a potential Turkish military incursion to rout out Kurdish militants." (Military Times) 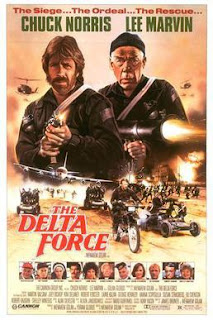 Little did anyone suspect. Following a blitzkrieg campaign across the border in which the YPG was sent packing out of two key strongholds, the operation was suddenly placed on hold, a "cease fire" was put into place with a deadline. Kathy Gilsinan reports for The Atlantic on October 23rd;
"That is, in the very narrow sense of stopping the worst of the Turkish onslaught against the Syrian Kurds for a time. Now there’s a different kind of order in place of the fighting: Syrian Kurdish forces have withdrawn from a chunk of territory near Syria’s border with Turkey; Russia has vowed to help Turkey push them from an area twice as large. The new status quo, as Trump’s Syria envoy testified, “has scrambled the entire northeast, undercut our efforts against [the Islamic State], and brought in the Russians and the Syrian-regime forces in a way that is really tragic for everybody involved.” (The Atlantic)
Was the ISIS leader taking the bait? With the Americans out of the picture and a cease-fire in place, al-Baghdadi could come out of his tunnel and dance in the streets of Idlib. Back in the USA, Senator Lindsey Graham (R-SC) wasn't buying the troop pullout and was heated up about it, as noted by Cummings and Jackson in USA Today;
"WASHINGTON – Calling it a "stain on America's honor," Sen. Lindsey Graham on Monday denounced President Donald Trump's decision to pull U.S. troops out of northeastern Syria as Turkey prepares a military assault against Kurdish fighters who helped the U.S. battle the Islamic State." (Greenville News) 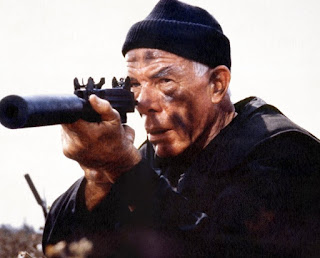 What happened next would make Senator McCain himself rise from the grave, Kenneth Walsh reports in US News;
"After talking with President Donald Trump last weekend, Graham said, "I am increasingly optimistic that we can have some historic solutions in Syria that have eluded us for years if we play our cards right."  Graham's conversation with Trump provided considerable insight into the president's thinking. Trump apparently is ready to use U.S. air power to protect a demilitarized zone occupied by international forces."  (US News)
The stage was set for one of the most masterful ruses devised since the great WMD scandal of the Gulf War. To make the plan even more effective, all of the players came onto the stage. The Russians met with the Turks in Sochi;
"3. In this framework, the established status quo in the current Operation Peace Spring area covering Tel Abyad and [Ras al-Ain] with a depth of 32km (20 miles) will be preserved.
4. Both sides reaffirm the importance of the Adana Agreement. The Russian Federation will facilitate the implementation of the Adana Agreement in the current circumstances." (Al Jazeera) 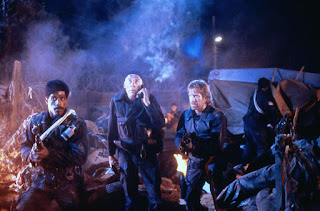 The special effects team added a great touch as the Americans pulled out of the safe zone and were pelted with potatoes;
"A video by the Kurdish news agency showed a convoy of armored vehicles driving through the northeastern city of Qamishli. People in the street hurled potatoes at the vehicles, shouting, “No America,” and “America liar,” in English.  “Like rats, America is running away,” one man shouted in Arabic. Another shouted obscenities and talked of babies in Kurdish-held who have died in the Turkish offensive." (Time)
The coast was clear, the ISIS kingpin would beat a hasty path to his hideaway in which the news agencies reported he was there only a day before the Delta Force swooped down on him in its well-rehearsed role; Reuters reports that the leader had arrived at the ambush site two days before;
"ANKARA (Reuters) - Islamic State leader Abu Bakr al-Baghdadi arrived at the location in Syria where he was reportedly killed early on Sunday in a U.S. raid some 48 hours before the operation, a senior Turkish official said.  The Turkish army had advance knowledge of the U.S. operation in Syria’s Idlib, the official said, adding that Turkey would continue to coordinate its actions on the ground with the “relevant parties”. (Reuters)
Although this aspect of the story has yet to be confirmed, it is safe to say that intel probably was tracking the target for quite some time as the pieces of the puzzle became more clear. To what degree the compound was under surveillance all along is yet to be made clear. 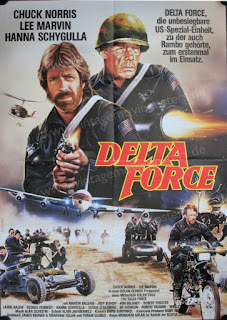 "..they were more closely related to apes than other Europeans."

(Shelly Café, the Blvd.)-- Again, the same recycled actors who just can't seem to get enough of making gangster movies, Hollywood style. But don't let the reviews fool you into thinking it will be any different than the usual recipe for boxoffice success. Michael Phillips in  the Chicago Tribune has a long winded review, bordering on an historical essay, about everything from the story to the spec FX that make the tired actors look young;
" Does it work? Largely, yes, though my eyes could never entirely quit focusing on De Niro’s, because of the digital wrinkle remover effect, and the peculiar, doll-like quality around the eyes and thereabouts, as we watch the younger Sheeran rise through the Teamster ranks. (Also, there’s a brief moment or two with Pesci where his face, his whole head, appears to be floating above someone else’s body.) " (Tribune)
Forget the old standby of someone else playing young Hoffa or the hit-man, like the days of old. Cast your eyes on how to make an over-the-hill actor look like a teenager. Why not just go all the way and as suggested by Phillips, insert an animated doll into the scene? The film runs beyond the normal time by a long shot so the actors themselves could appear to grow old without the special effects.
Ebert doesn't necessarily give the film a thumbs-up in his review, which is nearly as long-winded as the film itself;
"The overwhelming maleness of the story also hurts it in the long run, notwithstanding the fact that it’s all narrated by Frank and he’s isn’t  interested in much outside of his work....As for the de-aging technology, it's not quite there yet—I don't think it's been there yet in any movie, though your mileage will vary—but if the results are sometimes distracting in "The Irishman," they're no more distracting than, say, Pesci and De Niro playing twenty-something versions of themselves in "GoodFellas."" (Ebert)
Ebert claims there is nothing "innately unacceptable" in ignoring women in film, unless you ask how the women feel about it.
There is also something unappealing in stereotyping a nationality as suggested by the title, "The Irishman."  Rated "R" for Language and Violence. Common Sense Media issues the following advice to parents;
"As with most Scorsese films, it's safe to expect lots of swearing and bloody violence." (Common Sense)

As for the stereotype, Kate Phelan's article in Culture Trip gives some background;
"According to sociologists, the Irish have been heavily stereotyped since the 1800s, when some scientists apparently believed they were more closely related to apes than other Europeans...It’s not known exactly where the stereotype of ‘the fighting Irish’--Most likely tied to the idea that they’re perpetually drunk, some people believe that the Irish are always up for a fight." (Culture Trip)
Curiously, none of the reviews address this particular stereotype and focus instead on the special effects with a token reference to the hulking male cast.

In yet another review of the Irish people, Livia Gershon explains the evolution of the Irish from problem to solution;
"The flood of Irish into law enforcement in the second half of the 19th century was particularly striking because, just a couple of decades earlier, city authorities had viewed Irish immigrants as the source of a serious crime problem. In fact, to a large extent, northern U.S. cities invented their police departments as a way to control the Irish “problem.” " (History)
At least one review by Karen Han in Polygon mentions stereotyping but it is confused with a possible connection to the director and cast itself;
"Scorsese, De Niro, Pacino, and Pesci are all so strongly linked to the crime drama genre. The film is nothing if not in conversation with stereotypes." (Polygon)
So it's unclear if her reference is to the title  or to the predictable roles played by the same de-aged faces in the film.

Whether Hollywood knows it or not, this is no longer the past. There are certain rules about portrayals of genre, groups and nationalities that may have discriminatory overtones from affected communities. As seen in the recent blowback over the portrayal of Bruce Lee in "Once Upon a Time...in Hollywood," director Martin Scorsese has apparently failed to take notice of sensitivity when it comes to being on the right side of politically, and culturally correct. His blurred vision, although not present in the rave reviews, most of which are plot oriented, fail to detect this old-age disorder that allows for bashing and undermining for the sake of nothing short of an obsession for success.

Late Entry: Note the Netflix Board of Directors names (NASDAQ-NFLX) and its predominant English surnames of Barton, Hastings, Kilgore, Hoag. No wonder there doesn't appear to be any Irish sensitivity. NFLX was the principal investor in the film.


SEE ALSO:  Irish Apes: Tactics of De-Humanization
"The Irish, too, have been compared to apes, suggesting that this comparison is a generalizable tactic of oppression, not one inspired by the color of the skin of Africans."
https://thesocietypages.org/socimages/2011/01/28/irish-apes-tactics-of-de-humanization/